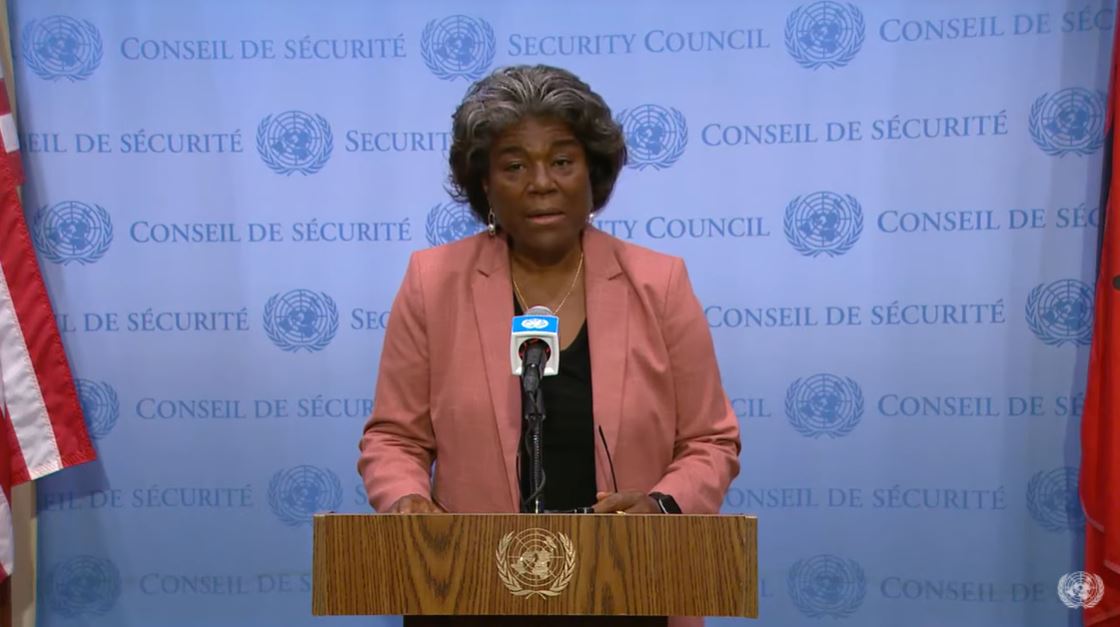 Good afternoon, everyone. I just saw my Irish and Norwegian colleagues here, so I assume they were here discussing the same issue I’m here to talk about.

I’m about to head into the Security Council for a meeting on the humanitarian situation in Syria. This meeting is especially consequential because we are fast approaching the deadline to renew and expand the UN’s cross-border mechanism, which allows humanitarian assistance to reach nearly two and a half million people in northwest Syria who – as we all know – are in dire need.

As many of you know, I recently traveled to the Turkey-Syria border – my second trip there in two years – to see the crossing with my own eyes, meet with aid workers, and hear directly from Syrian refugees who are now living in Turkey.

During all of my travels, I try to meet with refugees. And today, on World Refugee Day, I’m thinking of those I’ve had a chance to meet and of the stories they’ve shared with me over the course of my career. And I’m thinking of the more than 100 million people worldwide who have been forced to leave their homes because of war, persecution, violations of their human rights.

Syrian refugees in Turkey shared with me over and over that they are worried that the world was forgetting about their plight, and that really broke my heart. Refugee women said we were no longer outraged by their situation. But I can tell you that the United States has not forgotten them. We remain the world’s top donor of humanitarian aid in Syria, and just last month I attended the Brussels Conference to announce over $800 million in new assistance to the Syrian people.

But I’ve also made clear that no amount of aid will meet the needs on the ground if we can’t actually reach people in need. And that’s what makes the UN cross-border mechanism such a vital lifeline. And that’s why I will be making the case to the Security Council in just a few minutes that we have to stand united to renew and expand this mandate.

This is our chance to make clear to the Syrian people, who have endured over a decade of brutal conflict, that we have not forgotten about them – and that we will continue to support them in their time of need.

QUESTION: Ambassador, can I ask a question. Recently you visited the border between Turkey and Syria. Turkey has announced that they will start a military operation on that border targeting northeast Syria. What is the U.S. position on this?

AMBASSADOR LINDA THOMAS-GREENFIELD: You’d have to ask Turkey what their plans are. We made clear while I was there, that we are opposed to those actions.