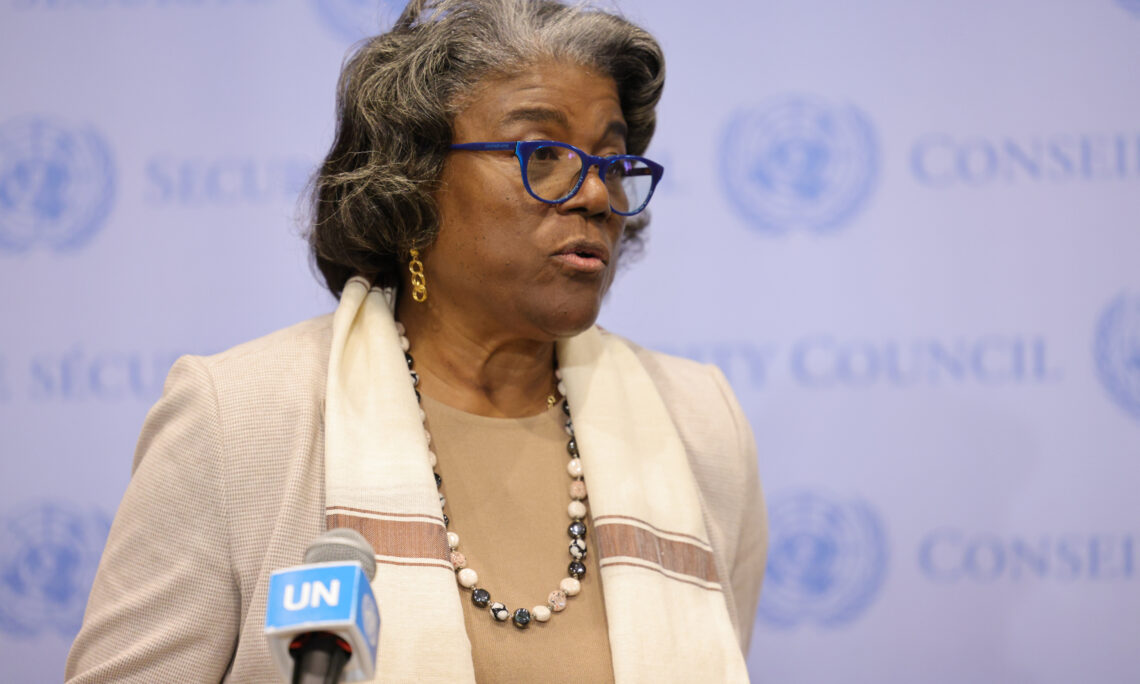 It is disappointing that the council did not agree on issuing a statement, which is why it’s important for me to come out here today.

As the Secretary-General said this week, “The situation in Ethiopia is spiraling out of control. The social fabric is being ripped apart, and civilians are paying a horrific price.” In the past week alone, we’ve seen a serious uptick in fighting and violence. Thousands of Ethiopian, Eritrean, and TPLF forces are engaged in active combat. The scale of the fighting and deaths rival what we’re seeing in Ukraine, and innocent civilians are being caught in the crossfire. Over two years of conflict, as many as half a million – half a million – people have died, and the United States is deeply concerned about the potential for further mass atrocities. And we all should be.

We’re also horrified by the recent death of an aid worker from the International Rescue Committee and the injuries of others. We heard today that a total of 26 humanitarian workers had been killed over the course of the past two years – that’s approximately two per month. This tragedy underscores the serious dangers facing humanitarian workers in the region. And as I told the Security Council just now, it’s past time for all of the parties to lay down their weapons and return to peace. It is past time for a cessation of hostilities and for unhindered humanitarian access to all those in need. And it is past time for Eritrean Defense Forces to halt their joint military offensive and for Ethiopia to ask Eritrea to withdraw its soldiers from Northern Ethiopia.

We are pleased that the AU announced that peace talks will begin on Monday in South Africa. And we welcome the strong statement made by the AU Peace and Security Commission today. And we welcome the stated commitment by the Governments of Ethiopia and Tigray Regional Authorities to participate in these meetings. It is critical that all of the parties seize this opportunity and engage seriously in talks to bring an end to the fighting and the suffering of Ethiopian people. Once the fighting stops – and it must – warring parties must negotiate concrete modalities to prevent a return to conflict, including security arrangements, a pathway to broader political dialogue, and assurances of unhindered humanitarian access and restoration of services.

I can tell you that the United States is fully and actively engaged in diplomatic efforts at the highest levels of our government to support the African Union. The United States remains prepared to take appropriate measures against those who obstruct a resolution of this conflict, and we are determined to have those who commit human rights abuses held to account.

Let me be clear there is no military solution to this conflict. The only path forward is for the parties to pursue a negotiated settlement through peace talks, and we must prevent the region from spiraling further out of control. There is no time to waste.