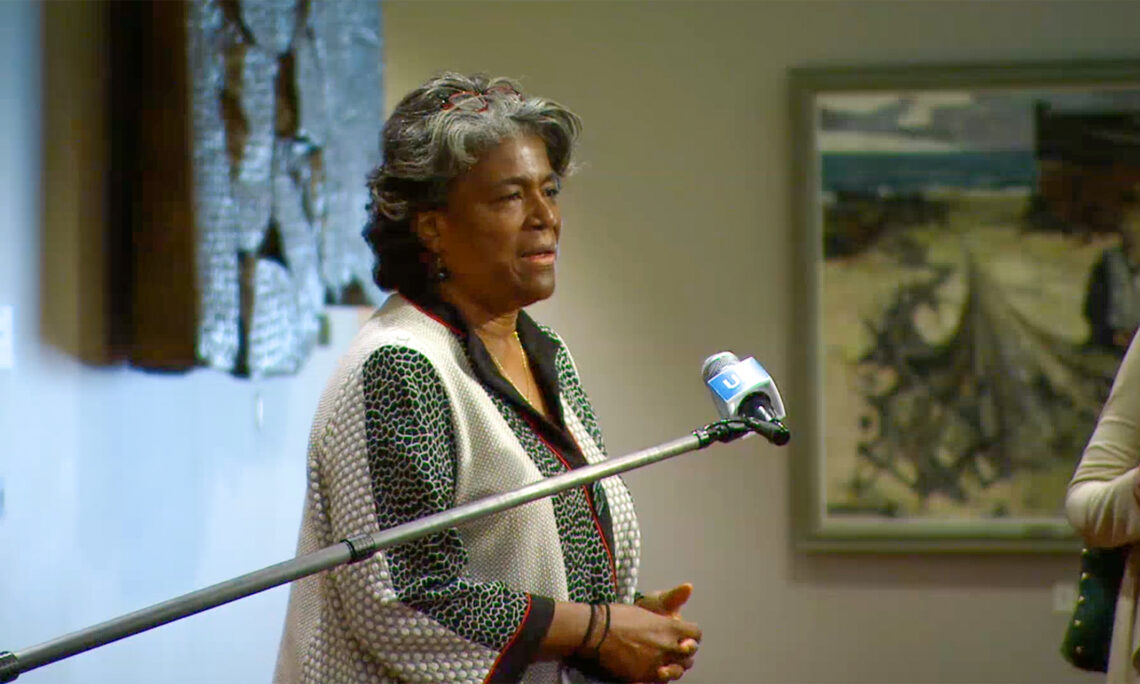 AMBASSADOR LINDA THOMAS-GREENFIELD: I just wanted to come out and respond to the ludicrous accusations that the Russian Deputy PR spouted out to you earlier. You all are reporting every day what we’re seeing happening on the ground in Ukraine. You’re reporting the horrific attacks on hospitals. You’re reporting the horrific death toll among civilians. And Russia would deny that, and that means they’re denying the reporting that all of you are doing every single day. And I thank you for making the effort to ensure that the world see exactly what is happening on the ground in Ukraine. Russia has also, as they have done already three times, accused Ukraine of planning to use chemical weapons. Our concern is that this is a precursor for Russia’s plans to use chemical weapons, and we have to make sure that the world hears this and understand what is taking place.

QUESTION: Ambassador, President Biden talked about severe consequences if chemical weapons was used in Ukraine by Russia. Has the Administration discussed what will be the U.S.’s specific reaction? What is a severe consequence?

AMBASSADOR THOMAS-GREENFIELD: We certainly have discussed it and we’re not going to preview it here for you. But you’ve seen what we’ve done over the course of this war that started just three weeks ago. We have imposed severe and very, very credible economic sanctions against the Russians and we’re seeing the impact of that in Russia and we’re seeing the impact of that on Putin himself.

QUESTION: Ambassador, there are three humanitarian drafts on the table tomorrow, which one will you support, and why?

And I, again, it would be, as I’ve said before, like the arsonist calling for the neighbors to help him put out the fire that he started in one neighbor’s house. Russia is the aggressor here, and it is absolutely unconscionable for Russia to think that they can put forward a humanitarian resolution. What Russia needs to do is stop fighting. It needs to stop killing Ukrainians. It needs to stop attacking civilians and forcing people from their homes and creating a humanitarian crisis that is only the result of their actions in Ukraine.

QUESTION: Madam Ambassador, what kind of a vote do you think the Russian resolution will get in the Security Council?

QUESTION: Ambassador, are you worried about getting less support in the General Assembly than was received for the last Ukrainian resolution now as a result of South Africa? Given the argument that Russia isolated, those numbers are dropping. What does that say?

AMBASSADOR THOMAS-GREENFIELD: No, we’re working with members of the General Assembly and we’re working with the South Africans to try to address any concerns that they may have and address those concerns in the resolution that Ukraine supports that was already on the table. So, we’re still hoping to get the same numbers that isolated Russia the last time around.

QUESTION: Ambassador, other than this pattern of behavior from the Russians on the false flag situation, what evidence does the United States have to back these concerns that a chemical attack could be imminent?

AMBASSADOR THOMAS-GREENFIELD: It’s what we’ve seen the Russians do before. They are the only ones who’ve ever used chemical weapons in this war. They always sort of preview what they plan to do by accusing others of doing exactly the same thing. So, we see this as a false flag opportunity, and they are basically warning us of their future plans.