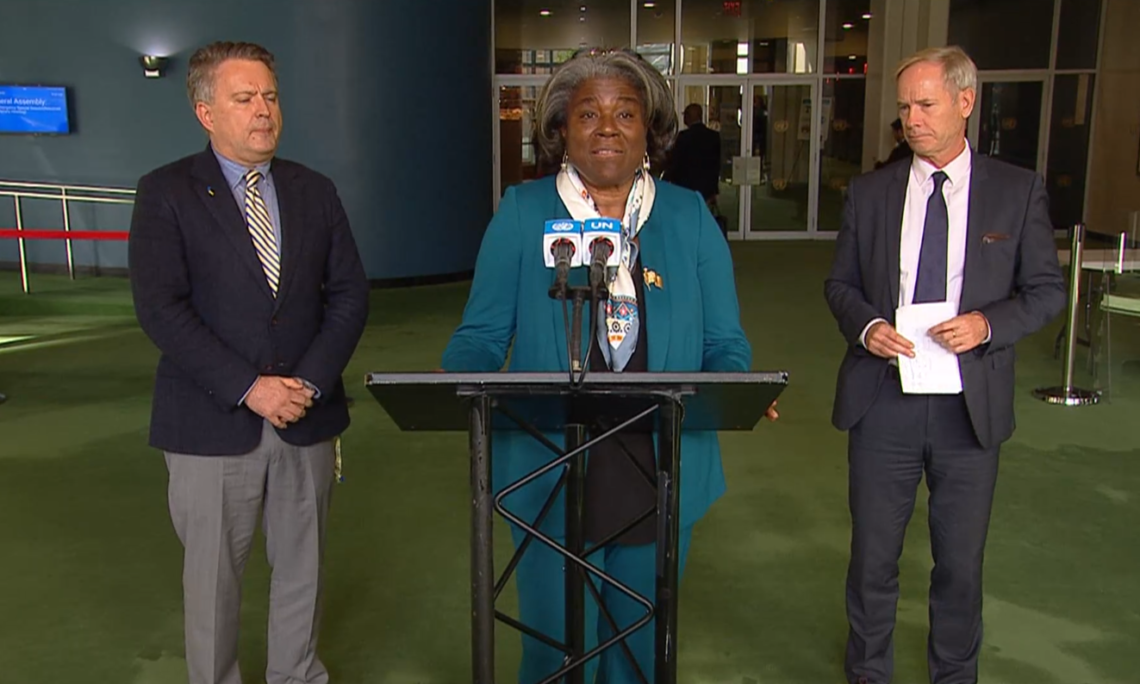 Thank you, Sergiy. It’s really, really wonderful to be here with you.

After Russia’s sham referenda and attempted illegal annexations, you saw very few countries stay in their corner. In fact, it was only five,* and it’s pretty much the same five we’ve seen with them before. You heard Russia’s lies today in front of the General Assembly. And all of us heard those lies, and we all stood up against them. And when you look at the very short list of countries who joined them, it is not exactly good company. Instead, the international community soundly rejected the affront to territorial integrity, to national sovereignty, to peace and security.

And today’s vote has a practical effect. It means that in the eyes of the world and the United Nations, Ukraine’s borders remain the same.

The resolution also sends an enormously important signal to Moscow and to everyone: It does not matter if you as a nation are big or small, rich or poor, old or new. If you are a UN Member State, your borders are your own and are protected by international law. And that goes for every single country in the UN. They cannot be redrawn by anyone else by force. The UN was built on this idea. And today, the United States and the overwhelming majority of the world defended that idea. We defended the UN Charter that embodies that idea.

So thank you very much.