Home Home | Search Results | Remarks by Ambassador Linda Thomas-Greenfield in Response to China After the Vote on a U.S.-Drafted UN Security Council Resolution on the DPRK 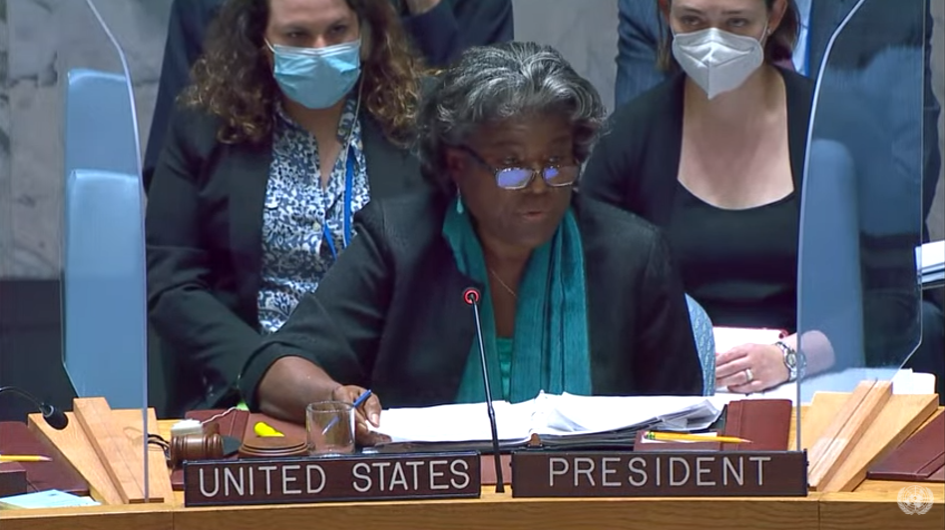 I shall now make a further statement in my capacity as Representative of the United States.

In response to my colleague from China, we do not ask China to align with the United States, but to support Security Council resolutions that they have already agreed to. This resolution failed today because China and Russia vetoed it. We do agree that this is a threat to security. It’s a threat to our security and the security of our partners in the region. And it is a security threat to China and Russia, as well, which is the reason we thought it necessary to move forward with this resolution.

There had been some discussion over several days, and we got questions about a PRST proposal that was being submitted by China. And I want to be clear: We never saw any draft. They said they would consider a PRST, but when pressed said that the only acceptable provision was to update the weapons control list, which the Council already has authorization to do in previous resolutions.