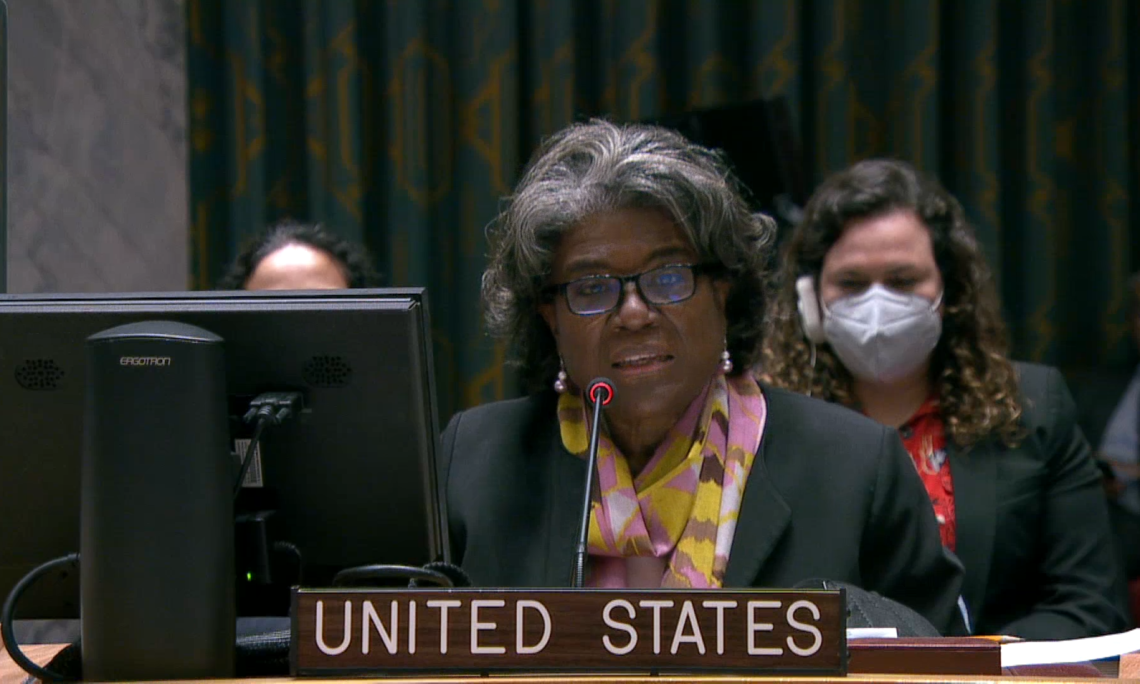 Some of our colleagues are trying to frame this as a U.S.-DPRK problem. This is a threat that impacts all of us, and it is our collective responsibility to respond.

In terms of the humanitarian impact of sanctions, the experts have repeatedly told us that the number one barrier to sending humanitarian assistance into the DPRK is the DPRK’s self-imposed border closures, not international sanctions, as some of our colleagues have alleged. The United States remains committed to addressing the humanitarian situation in DPRK, which is why we have offered to discuss these issues with the DPRK directly, but have yet to receive a response.

We have also continued to support the 1718 Committee’s swift processing of sanctions exemptions to aid organizations and it is why we are now working closely with the UN Secretariat to establish a reliable banking channel. We call on DPRK to commit to the well-being of its own people by respecting human rights, defunding its unlawful WMD and ballistic missile program, and prioritizing the needs of vulnerable North Koreans.

As for the draft resolution that China and Russia have proposed, it is predicated on their assessment that DPRK is showing goodwill through a moratorium, as understood by the PRC and Russia, on RBMs and ICBMs and nuclear tests. In addition to its January 30 RBM launch, the DPRK has now ignored its own moratorium on ICBM tests three times: on February 27, on March 5, March 24 ICBM launches. In light of these escalating provocations and a return to testing long-range systems, the purported impetus for the resolution is no longer valid. We need quickly to return to strengthening the 1718 sanctions regimes not considering sanction relief.

And finally, on AUKUS – although I do not want to stray from the serious matter at hand, I do want to correct the erroneous claims about AUKUS. The AUKUS initiative is to provide conventionally-armed nuclear powered submarines to Australia. It does not include nuclear-armed submarines. The NPT does not prohibit naval nuclear propulsion, and Australia does not and will not seek nuclear weapons, consistent with its NPT obligations as a non-nuclear-weapons state. We take our NPT commitments very seriously, which also drives our strong support of the complete denuclearization of the Korean Peninsula.