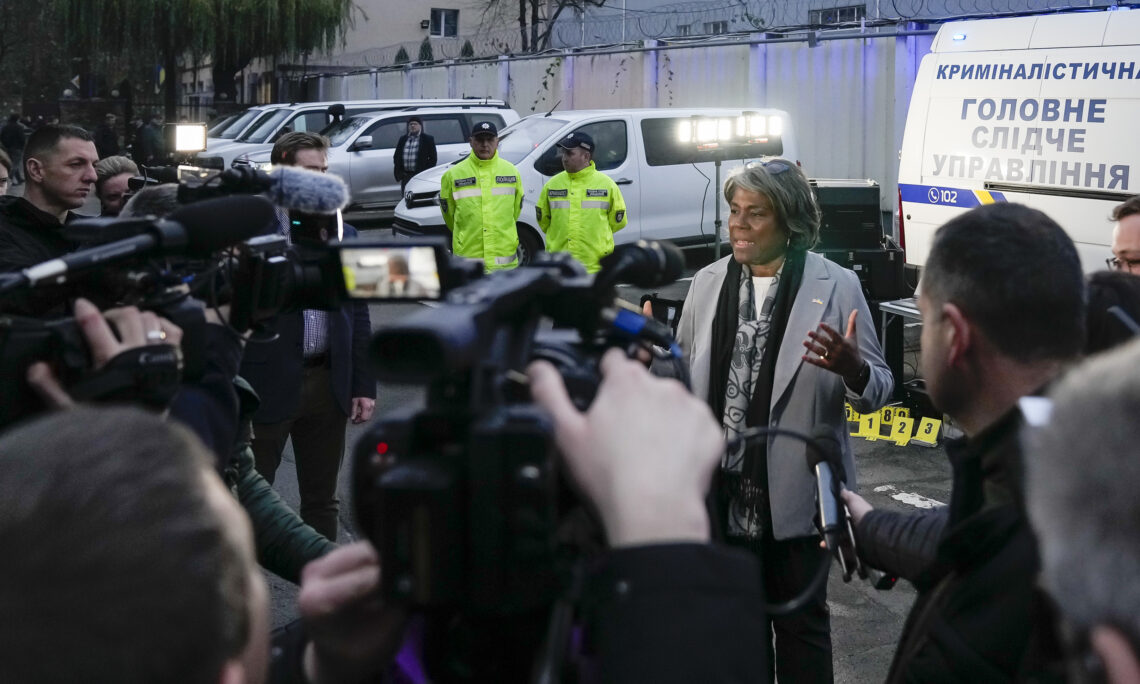 AMBASSADOR LINDA THOMAS-GREENFIELD: (In progress) … extraordinary briefing on the process in which Ukrainians are collecting and documenting evidence of atrocities that are being committed by Russians on the battlefield. And I have come away from this experience knowing that this war will only end when those who committed these atrocities are held accountable. And this documentation is what is going to do that. It’s extraordinary work that they’re doing, it’s meticulous work that they’re doing, and it is necessary work that they are doing that will be used by the Ukrainian courts, the international courts, other facilities, to hold those who committed atrocities accountable. Thank you.

QUESTION: Are you telling the Ukrainians about American ideas to end the fighting, to end the war?

AMBASSADOR THOMAS-GREENFIELD: Well, the one and only way to end this war is for Russia to pull their troops out of Ukraine. Russia started this and Russia can end this, and they can end it by pulling their troops out and stopping committing the atrocities that they are committing against the Ukrainian people.