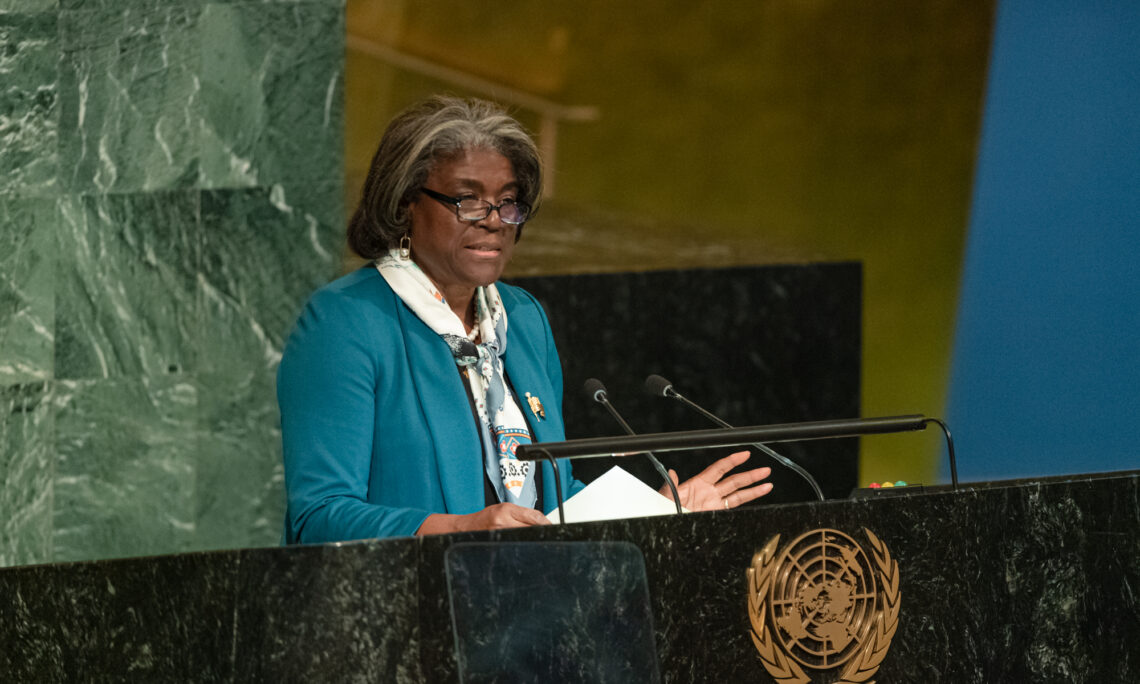 Mr. President, my fellow delegates, and to all those who dedicate themselves to the noble mission of this institution:

Soon we will vote on a resolution that is important not just for the future of Ukraine and the future of Europe, but to the very foundations of this institution. After all, the UN was built on an idea: that never again would one country be allowed to take another country’s territory by force.

In the wake of World War II, that important idea – despite all of our differences – brought us together. Now we are called upon to defend that idea and the UN Charter that embodies it.

Colleagues, the facts are clear. A UN Member State – one with a permanent seat on the Security Council – has attempted to annex territory from its neighbor by force. This UN Member State has not only put its neighbor in its crosshairs, but also put a bullseye on this institution’s core principle: One country cannot take the territory of another by force.

Eight years ago, the General Assembly was asked to respond to this same UN Member State’s attempted annexation of Crimea. Back then, the General Assembly defended the UN Charter. We overwhelmingly adopted a resolution affirming Ukraine’s sovereignty and territorial integrity. We must do the same today.

The only way to bring peace is to stop this aggression, to demand accountability, to stand together with conviction, to show what we will not tolerate.

So let us send a clear message today, colleagues:

The United Nations will not tolerate attempts at illegal annexation. We will never recognize it.

These United Nations will not tolerate seizing a neighbor’s land by force. We will stand up to it.

These United Nations will not tolerate the destruction of the UN Charter. We will defend it.

As the Secretary-General said, Russia’s actions have no place in our modern world. That is why this resolution calls for peace, and it calls for de-escalation. But it also makes clear that we reject Russia’s attempted annexations, that we reject this affront to territorial integrity, to national sovereignty, to peace and security.

We reject it because we believe in the United Nations. We believe that the fundamental guardrails of the international system protects us all.

Today it is Russia invading Ukraine. But tomorrow it could be another nation whose territory is violated. It could be you. You could be next. What would you expect from this chamber?

Our message is loud and clear: It does not matter if you as a nation are big or small, rich or poor, old or new. If you are a UN Member State, your borders are your own and are protected by international law. They cannot be redrawn by anyone else by force.

This is why all of us, together, built this institution. And that is why we must defend it, here and now.

Colleagues, today, the United States will proudly vote “yes” on this resolution. And we urge every country to do the same. And not because we are asking you to do it, but because you know that it is the right thing to do.

Let us condemn Russia for its illegal attempted annexations. Let us affirm the borders of every UN Member State as they stand. And with the eyes of a worrying world upon us, let us renew our promise, as the UN Charter says, to be good neighbors in the pursuit of a peaceful world.