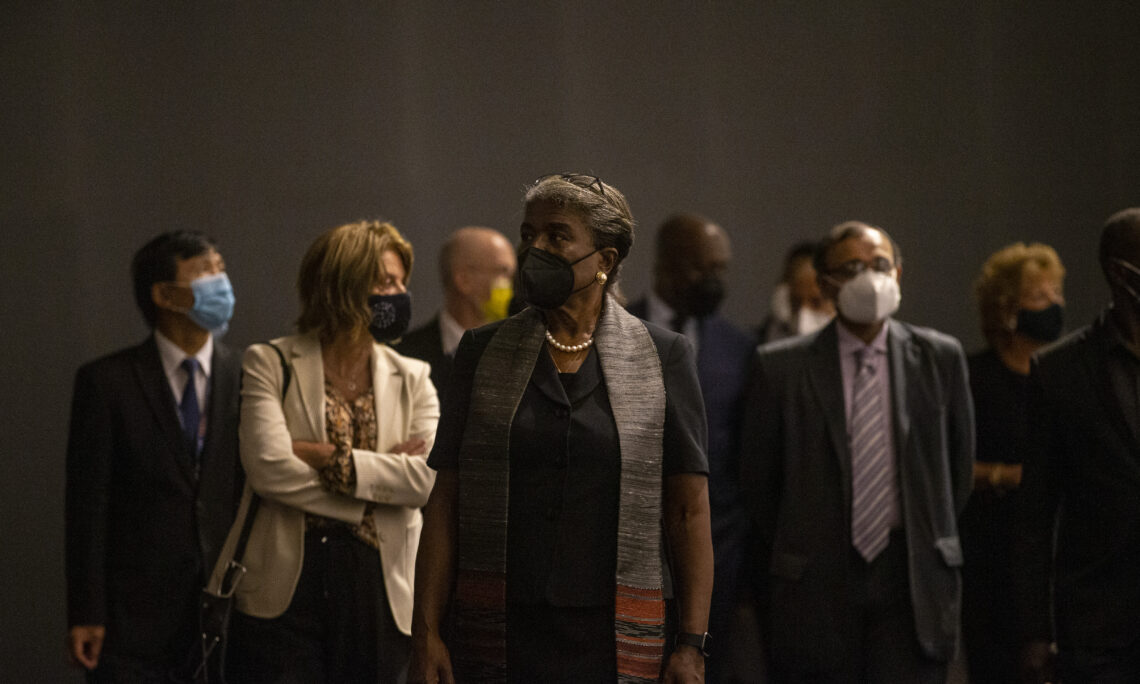 This morning, Ambassador Linda Thomas-Greenfield led the United Nations Security Council on a visit to the National September 11th Memorial and Museum to commemorate the 20th anniversary of the September 11, 2001, terrorist attacks in New York, Virginia, and Pennsylvania. The Security Council delegation laid a memorial wreath in honor of the 2,977 people from more than 90 countries who lost their lives on September 11, 2001. Chairman of the National September 11th Memorial and Museum Michael R. Bloomberg and President and CEO Alice M. Greenwald welcomed the Council to the site and led a tour of the museum. This was the first public outing of the Security Council since the onset of the COVID-19 pandemic.

The visit also marked the 20th anniversary of the actions the Security Council took as a united front in the wake of 9/11 that galvanized international counterterrorism cooperation efforts. Speaking at the Memorial, Ambassador Linda Thomas-Greenfield said, “I hope that we can use this occasion to reflect and remember and honor those victims, as well as the survivors and first responders from that day. The Council and the world should never forget the attack on the city that we all now call our home.”

The Security Council expressed its continued resolve to combat threats to international peace and security in a statement issued in conjunction with the visit.

*Photo courtesy of the National September 11 Memorial and Museum